This is a short post today since I just posted some new overlays yesterday. Just wanted to let everyone know that I’ll be going live tonight over on twitch. I’m starting a playthrough of Valheim with guidance from my pal Bob. I have played zero hours of the game and he has played 110 hrs of the game. He’ll be showing me the ropes and guiding me through the game. We’re planning for this stream to run weekly for about a month. We’ll be joined by other friends along the way so tune in tonight to catch it. You can also watch Bob’s side of the adventure over on his new channel @SomewhereOnTheInternet

I also want to show off my hastily created overlays for tonight’s adventure because I think they look pretty dope. Check em out!

I was going for the side of an old boat with some algae and worn-off paint. Hopefully that’s coming through. Also the runes are gibberish. I think I literally wrote “there is no meaning to the words I wrote here” with a rune font. But who knows maybe I’ll change the message from week to week just for fun.

Anyways friends tune in Thursdays at 6 this month for a few hours of my Valheim education. 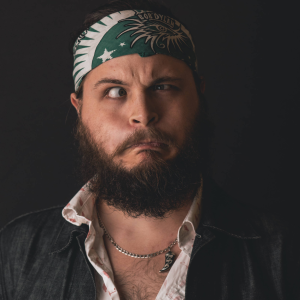